Gujarat Lets Down Modi Govt, Only 26% Farmers Have Enrolled...

Oleh khabariLaLa
Tuesday, 12 November 2019
Bagikan :
Tweet
GUJARAT govt has blamed the Centre’s ‘complicated’ verification process for the low enrollment in the state, which has 16.19 million farmers. 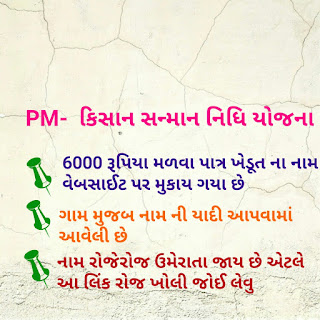 GUJARAT: PM-KISAN, the Narendra Modi government’s flagship income support scheme for farmers, has fared poorly in Bihar in terms of their enrollment.

Of the 40,95,000 beneficiaries, just 26 per cent farmers have registered under PM-KISAN, a Bihar agriculture ministry official told ThePrint.

The state has 16.19 million farmers — the second highest in the country.

“Bihar has so far been one of the worst performers when it comes to the enrollment procedure under PM-KISAN. The state has, so far, managed to enrol only 26 per cent of the eligible farmers,” said the agriculture official, who did not wish to be named.

In contrast, Uttar Pradesh, which has 23.82 million farmers — the highest in the country — has enrolled 73 per cent farmers.