PM Modi had applied subsidy on the GAIS cylendar

PM Modi had applied subsidy on the GAIS cylendar 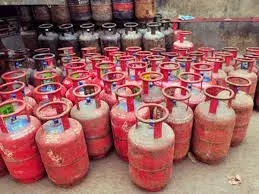 Now the account will not go into the subsidy moneyLike the Ujjwal scheme, the central government has difficulty giving more than a thousand rupees to the poor to take a Gais cylinder. So now the central government will not give money to the GAIL cylinder subsidy in the bank account, and the money will be given directly to pratolium companies. That's why people get the benefit of this. This can make people a lot of rest.A senior official of the Ministry of Pratilmya said that a new book will be made in DBT. Actually there will be an SMS on the customer's mobile phone, in which there will be a code.When the gas calendar arrives at the customer's home, the customer has to show that code. The person carrying the Gail Cylinder will update this code in the software on the note. After that the government will be given the subsidy amount directly to the company. In this case, the customer will have to pay only the price of gas cylinder subsidy.      Read detail click here